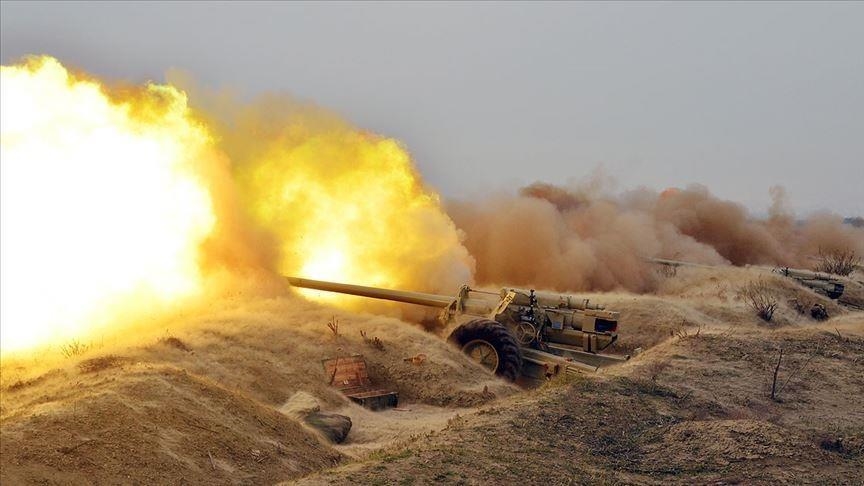 Two years have passed since the short but deadly clashes between the Armenian and Azerbaijani forces boiled on the border between the two countries.

The clashes broke out on July 12 after the Armenian troops launched heavy artillery fire on the Azerbaijani positions in the western Tovuz district.

In an attempt to capture the strategic Garagaya highland, Armenian troops targeted the Azerbaijani military post near the district’s Aghdam village. If the post is captured, the Armenian army could have controlled a strategically important highway stretching from Azerbaijan’s second-largest Ganja city to the border with Georgia within a radius of 25 kilometers. Armenia was also planning to gain control over the oil, gas, and railway routes passing through Azerbaijan.

However, Azerbaijani forces took adequate measures for pushing back the attack, which continued for five days.

The intensive skirmishes ceased on July 16. As a result of the hostilities, twelve servicemen of the Azerbaijani army, including one general, one colonel, and two majors, were martyred by the Armenian troops. In addition, one civilian was killed and tens of houses damaged by heavy artillery fire.

At least four Armenian servicemen were killed and fifteen more injured, according to Armenia’s Defense Ministry. However, the ministry was accused of hiding the real number of deaths. The social media users in Armenia claimed that the death toll exceeded 30, including seven high-ranking officers. Moreover, a strongpoint, artillery installations, and vehicles of the Armenian army were reportedly destroyed by the Azerbaijani army.

Throughout the clashes, the then-Defense Minister of Armenia, David Tonoyan, warned of “taking advantageous positions in the territory of Azerbaijan.” The Azerbaijani authorities, including President Ilham Aliyev, described Armenia’s actions as another provocation and vowed to protect the national borders of Azerbaijan.

Many states and organizations condemned Armenian aggression against Azerbaijan, with some of them voicing support for Azerbaijan, including the Non-Aligned Movement, the Organization for Islamic Cooperation, the GUAM Organization for Democracy and Economic Development; Turkey, Pakistan, Hungary, Ukraine, as well as the members of the UK, French, Italian parliaments, and others. The Turkish authorities called on Yerevan to produce solutions, not problems in the South Caucasus.

At that time, the hostilities in Tovuz were considered the deadliest standoff between the sides since the 2016 April War. The 2020 July clashes spawned Armenia’s next attack against Azerbaijan in September 2020, which ended up with the full-scale war the region has not seen since the 1990s.

Armenia and Azerbaijan had long been at odds over the latter’s Karabakh (Garabagh) region. On September 27, 2020, the decades-old conflict between the two countries spiralled after Armenia’s forces deployed in the occupied Azerbaijani lands shelled military positions and civilian settlements of Azerbaijan. During the counter-attack operations that lasted 44 days, Azerbaijani forces liberated over 300 settlements, including the cities of Jabrayil, Fuzuli, Zangilan, Gubadli, and Shusha, from nearly 30-year-long illegal Armenian occupation.

The war ended in a tripartite statement signed on November 10, 2020, by Armenia, Azerbaijan, and Russia. Under the statement, Armenia also returned the occupied Aghdam, Kalbajar, and Lachin districts to Azerbaijan.