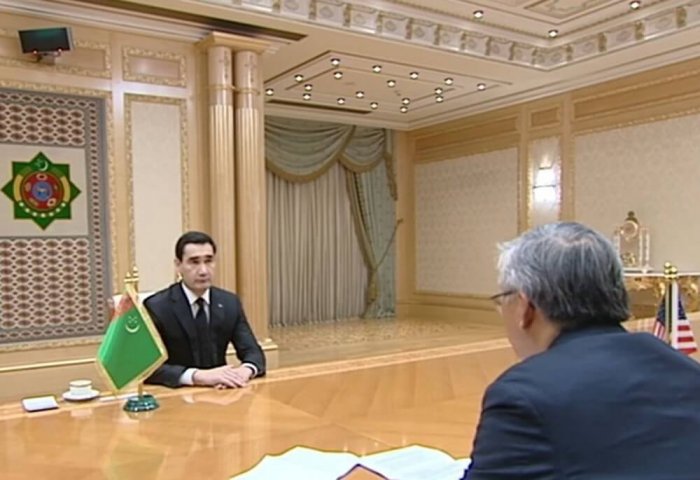 The visiting US official confirmed Washington’s interest in boosting ties with Turkmenistan, saying that these relations are “built on the principles of constructiveness, and equal and mutually-beneficial partnership", the state news agency Turkmenistan Today reported on November 7.

The Turkmen president welcomed the opportunity to discuss further development of the traditionally friendly Turkmen-American relationship and expand bilateral cooperation.

Referring to the 30th anniversary of the establishment of diplomatic relations between the two countries, the two top officials described the relations as a “long-term positive experience”.

It was noted during the meeting that Turkmenistan and the US intend to continue multi-sector cooperation both bilaterally and multilaterally, within reputable international organisations, primarily the UN, in order to achieve sustainable development and general well-being.

Berdimuhamedow said that "Turkmenistan's consistent policy of 'open doors', a far-sighted economic strategy, and a favourable investment climate created in the country determines the broad potential for effective cooperation and the attractiveness of the promising Turkmen market for American and foreign partners in general”.

They discussed a broad range of issues related to Turkmen-American cooperation and touched upon topics on the international and regional agendas, including the Afghan problem.

The officials also confirmed the two countries' mutual commitment to the further developing of trade and economic relations and highlighted the importance of facilitating the work of the Turkmen-American Business Council.

Addressing a news conference in the Turkmen capital of Ashgabat on 6 November, Donald Lu said that Turkmen high school students will again be eligible to take part in the Flex exchange programme to study in the USA for the 2023-2024 academic year.

"We received the wonderful news from the government of Turkmenistan just this week that permission has been received to resume the recruitment of candidates for the FLEX exchange programme," Lu said.

The programme had been put on hold due to the Covid-19 pandemic. Since the launch of the programme, 920 Turkmen students were able to study at US high schools for one year.

Donald Lu was also expected to travel to Uzbekistan and Kazakhstan as part of his Central Asian tour on November 6-11.

The Turkmen government engages with the United States in many areas, including cooperation in border and regional security programs, efforts to mitigate climate change, trade, educational and cultural exchanges, and English-language training. The objectives of US foreign assistance include strengthening Turkmenistan's ability to manage its international borders and cooperate on regional security issues by encouraging Ashgabat to develop its private sector, economic reforms and labor force. 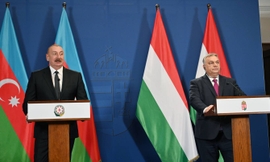 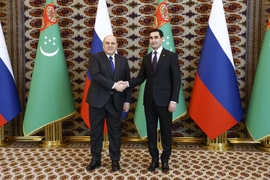