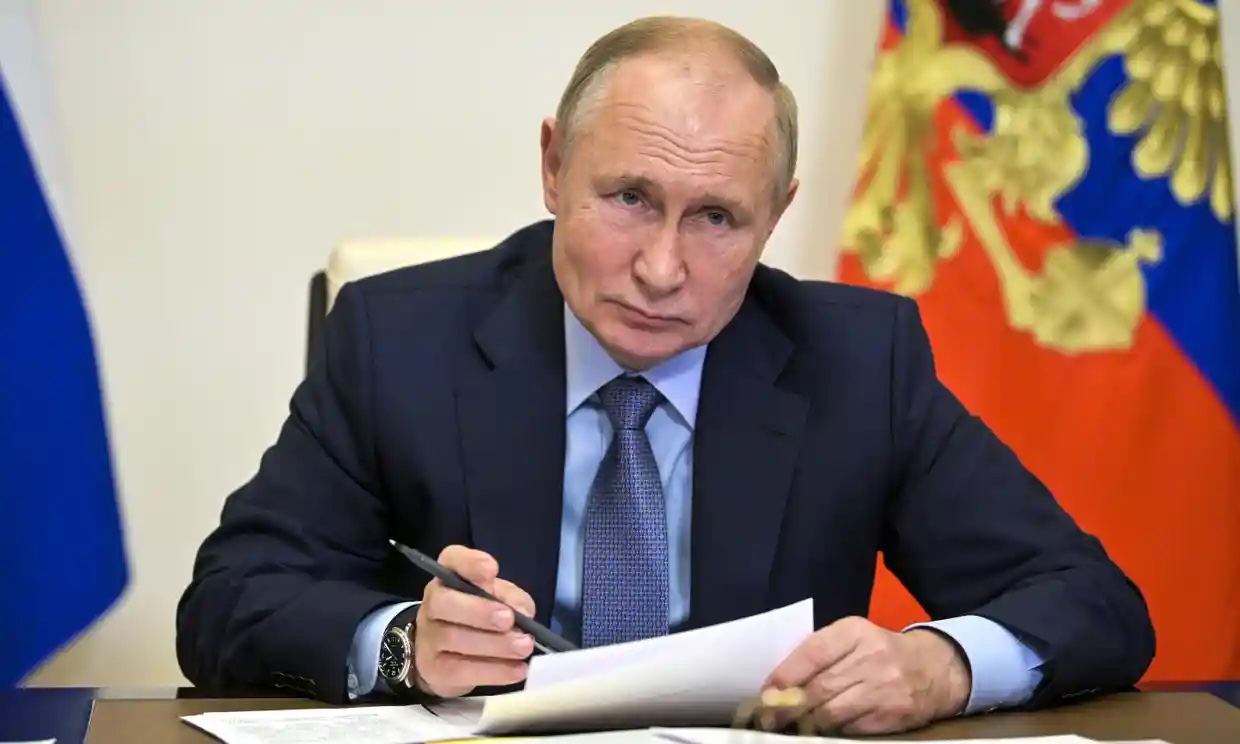 Russian President Vladimir Putin has signed documents on the entry of internationally recognized territories of Ukraine into Russia, prompting immediate condemnations by Ukraine and Western countries.

In his half-hour speech on Friday, President Putin announced that Russia would formally incorporate Donetsk, Lugansk, Kherson, and Zaporizhzhia, calling residents of the areas “our citizens forever.”

“People have made their choice, an unambiguous choice,” he said, adding that the voters in the regions had overwhelmingly backed joining Russia in referendums arranged by Moscow.

“I want the Kyiv authorities and their real masters in the West to hear me so that they remember this. People living in Lugansk and Donetsk, Kherson, and Zaporizhzhia are becoming our citizens. Forever,” the Russian president stressed.

The so-called “referendums” in four regions of Ukraine, which have been widely dismissed by Kyiv and Western countries as a sham, ran from September 23-27. Separatist authorities of these regions reported the overwhelming majority of residents voted in favor of joining Russia.

Newly incorporated territories form 15 percent of Ukrainian lands that, before 2014, were home to 8.5 million Ukrainians. The Kherson region and part of neighboring Zaporizhzhia came under Russian control as a result of the ongoing war that began on February 24. Russia also controls about 60 percent of Donetsk and 70 percent of Zaporizhzhia, where fighting has raged close to Europe’s biggest nuclear plant.

What the Western countries called the “annexation” of the regions came shortly after President Putin recognized Kherson and Zaporizhzhia as independent states. He also signed a similar decree shortly before invading Ukraine, in which he recognized two separatist regions in the east of Ukraine, Lugansk and Donetsk, as independent entities.

The biggest land grab in Europe since World War II means front lines will now run through the territories claimed by Russia as its own, and which it is ready to defend with nuclear weapons if needed. Such a move is likely to take the war to a new and more dangerous level, with Moscow portraying any attempt by Ukraine to regain its internationally recognized territories as an attack on Russia's sovereignty.

Russia’s move prompted immediate condemnation from the United States and its allies, which have issued firm warnings to Russia to de-escalate tensions in the region.

Washington responded with wide-ranging sanctions on Russia, targeting more than 1,000 individuals and companies — within and outside of Russia — deemed to be helping Moscow’s war effort. The European Council, which groups the 27 EU member states, also condemned Russia’s move, calling it an “illegal annexation.”

“We do not and will never recognize the illegal 'referenda' that Russia has engineered as a pretext for this further violation of Ukraine's independence, sovereignty, and territorial integrity, nor their falsified and illegal results,” the statement reads.

“We will strengthen our restrictive measures countering Russia's illegal actions. They will further increase pressure on Russia to end its war of aggression.”

Meanwhile, Ukrainian President Volodymyr Zelensky warned that he would not negotiate with Russia as long as President Vladimir Putin is in power. President Zelensky said his country was submitting an “accelerated” application to join the NATO military alliance. 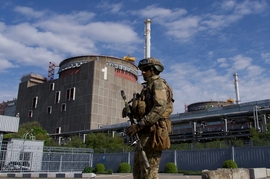 The Russian-installed administration in the Ukrainian city of Enerhodar has dismissed the rumors ... 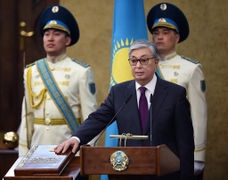 Kassym-Jomart Tokayev took the oath of office as the president of Central Asia’s largest country ... 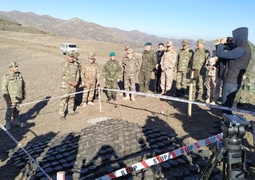 Azerbaijan’s Ministry of Foreign Affairs has accused Armenia of hindering the process of normaliz...

Seven cooperation documents have been signed during Azerbaijan President Ilham Aliyev’s visit to ...