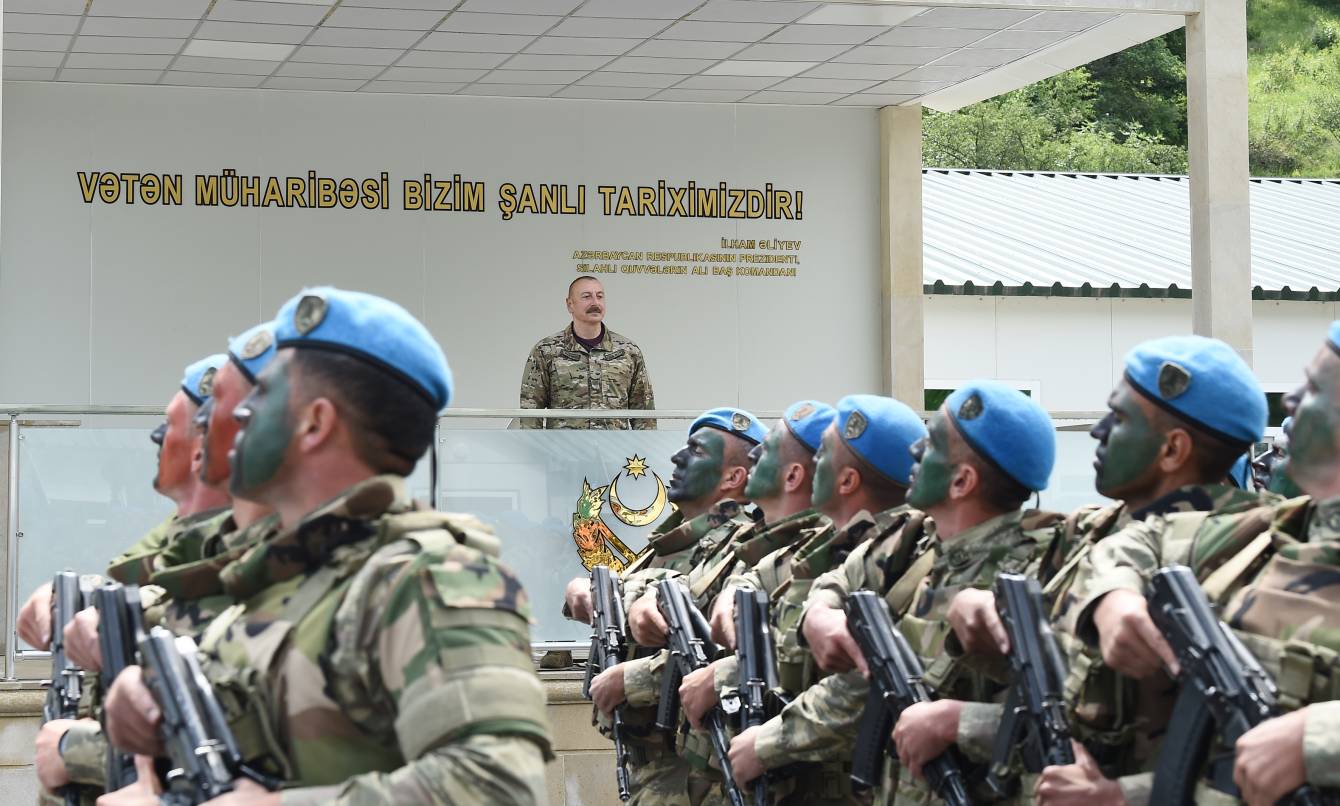 President Ilham Aliyev participated in the inauguration of a new Commando military unit in the Kalbajar district, June 26, 2022 / President.Az

Azerbaijan launched another Commando Unit of the Armed Forces on June 26 amid the 104th anniversary of the national army’s creation.

The all-new unit was launched in the country’s liberated Kalbajar district with the participation of President Ilham Aliyev.

“Six months ago, on 24 December, the first commando military base was commissioned in the liberated Hadrut,” President Aliyev said in his address to the Commando personnel, according to his press service.

“Today we are opening another one of the newly-established commando forces in Kalbadjar. This shows that the process of army building after the Second Karabakh War is in full swing and the commando forces, along with all other armed forces, have all the capabilities to fulfill the tasks facing the country and protect our territorial integrity and our borders.”

The president further said the government of Azerbaijan has been developing the national army since late 2020. According to him, the newly signed contracts for purchasing cutting-edge weaponry are already being implemented.

“Our positions on the border with Armenia will be further strengthened. If Armenia still clings to its old tactics in the process of demarcation and tries to prolong it, it will regret it. We are closely watching the actions of revanchist forces in Armenia. Let them know that too,” he said, adding that the “Iron Fist” that clinched the victory for Azerbaijan in 2020 is in place, and no one should forget about it.

In 2020, Azerbaijan fought a 44-day war with Armenia in the Karabakh (Garabagh) region – an internationally recognized territory of Azerbaijan that fell under Armenian occupation in a bloody war from 1991 to 1994.

On September 27, 2020, the decades-old conflict between the two countries spiraled after Armenia’s forces deployed in the occupied Azerbaijani lands shelled military positions and civilian settlements of Azerbaijan. The attacks triggered the Azerbaijani forces to take immediate counter-offensive measures to push back the assault. The war ended with a decisive victory of the Azerbaijani army, which liberated more than 300 settlements, including the cities of Jabrayil, Fuzuli, Zangilan, Gubadli, and Shusha, from nearly 30-year-long illegal Armenian occupation. The war ended in a tripartite statement signed on November 10, 2020 by Armenia, Azerbaijan, and Russia. Under the statement, Armenia also returned the occupied Aghdam, Kalbajar, and Lachin districts to Azerbaijan.

During and after the war, President Aliyev revealed Azerbaijan’s intention to strengthen the national army based on the Turkish model but on a smaller scale. Following the war, as part of the army’s upgrade in line with the Turkish military expertise, all-new commando units were created in areas with difficult terrain.

President Aliyev inaugurated new units in October and December 2021. Before joining the army’s new “blue-beret” branch, the commando personnel has been through weeks-long “Commando preparation” courses in Türkiye under the direct involvement and guidance of the Turkish military specialists.