Currently, Kazakh law enforcement is carrying out a major domestic investigation into the causes behind the turmoil.

“As for the international investigation into the events in Kazakhstan, I do not consider it necessary to carry out such an investigation. We can handle it ourselves. We have honest, objective people who will chair public commissions,” President Tokayev said on Saturday in an exclusive interview aired on the Khabar 24 TV channel.

The Kazakh president also slammed the recent resolution adopted by the European Parliament, describing it as “biased and premature.” He believes that the document was dictated by lobbyists who once lived in Kazakhstan.

“The lobbyists work on the orders of our people, who once left Kazakhstan, having earned serious, big money in our country. Now they spend it to organize some sorts of demonstrations, pit people against one another, and act on the “the worse, the better” principle,” the president added.

In the resolution passed on last week by a massive majority, the European Parliament strongly condemned the Kazakh authorities’ reaction to the recent protests, saying that the actions of the security forces to peaceful demonstrations were “very harsh.” In addition, the EU and the international community have been urged to initiate a “proper” investigation and impose sanctions against Kazakhstan’s high-level officials under the EU Global Human Rights Sanctions Regime.

The document also called on the European External Action Service, the European Bank for Reconstruction and Development, and the World Bank to halt financing programs in Kazakhstan “until the government takes substantial and tangible efforts to improve its human rights record.”

The Kazakh Foreign Ministry immediately voiced its concerns over the apparent lack of a credible analysis of the tragic January events in the document. The ministry stated that neither members of the European Parliament nor any of the Parliament’s political groups had requested any clarification or statement from Kazakh officials while drafting the resolution.

Currently, Kazakh law enforcement is carrying out a major domestic investigation into the causes behind the turmoil. According to government data, over 1,800 criminal cases have been opened as of January 22.

The biggest crisis to shake the Central Asian country since it gained independence began on January 2, in Zhanaozen city in Kazakhstan’s oil-rich western region of Mangystau, where people flocked to the streets after the sudden hike in the liquefied petroleum gas (LPG) prices. The demonstrations quickly extended to other oil towns — Aktau, Aktobe, and Atyrau — and then erupted in Kazakhstan’s capital city of Nur-Sultan and Almaty, the largest city.

Although the Kazakh government decided to lower LPG prices, the peaceful protests quickly spiraled into violent clashes, with the most intense in Almaty. According to the official data, at least 4,500 people were injured, another 225 people, including 19 security officials, died during the clashes. 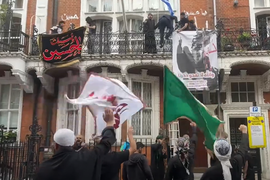 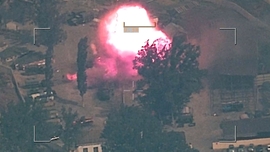 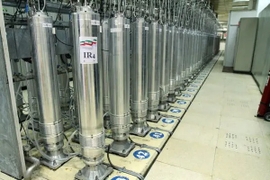 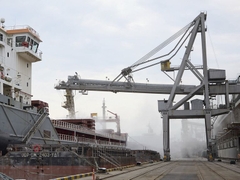