Two million Kazakhstanis out of a population of slightly more than 19 million will receive four million jabs of Pfizer-BioNTech.

Kazakhstan will add the German-American Pfizer-BioNTech jabs to its list of Covid-19 vaccines approved for use in the country.

According to Alexei Tsoi, who heads the country’s health ministry, Kazakhstan has signed an agreement with Pfizer to acquire four million doses of its Covid-19 vaccine developed jointly with BioNTech.

“We have signed the final contract (for the supply of the Pfizer vaccine), there are certain procedures,” Interfax quoted Tsoi as saying on Wednesday during a press conference in Nur-Sultan.

He further added that the delivery is expected through the end of the year.

Tozinameran (INN), codenamed BNT162b2, and more commonly known as the Pfizer-BioNTech vaccine, is a ribonucleic acid (RNA) vaccine developed jointly by the German biotechnology company BioNTech and Pfizer, an American company. Pfizer-BioNTech became the first vaccine to receive emergency use listing from the WHO in December 2020.

On August 23, the German-American vaccine received a temporary registration in Kazakhstan for the period of eight months.

Two million Kazakhstanis out of a population of slightly more than 19 million will receive four million jabs of Pfizer-BioNTech.

Aizhan Esmagambetova, Chairman of the Sanitary and Epidemiological Control Committee at the Health Ministry, stressed that the vaccine would primarily be used to voluntary vaccinate those in a vulnerable group, including adolescents and pregnant women.

Meanwhile, Alexei Tsoi said the country's all regions would be provided with refrigerators to store the vaccines at a standard temperature of -80 degrees Celsius.

Although the health ministry has not revealed the budget allocated for the purchase of the Pfizer-BioNTech vaccine, Tsoi mentioned that its cost does not differ much from those of the Sputnik V vaccine.

Since Kazakhstan launched mass vaccination on February 1, the country has been relying mainly on the Russian-made Sputnik V vaccine, also known as Gam-COVID-Vac. The government buys the two-dose Sputnik V vaccine for $26 per dose. In addition, Kazakhstan has launched the production of Sputnik V at the local pharmaceutical complex.

In total, Kazakhstan spent nearly $223 million to purchase Covid-19 vaccines for its population, the country’s health minister reported in August.

As of October 8, 7.8 million people have received the first dose of a Covid-19 vaccine, or almost 40 percent of the population. Meanwhile, 6.9 million Kazakhstanis are fully vaccinated against the deadly coronavirus. 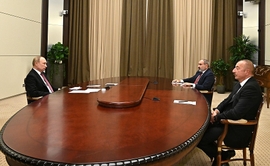 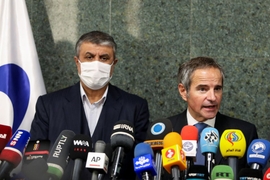 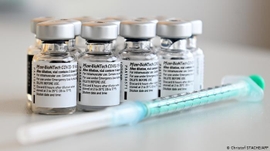 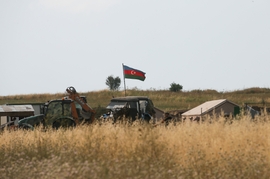