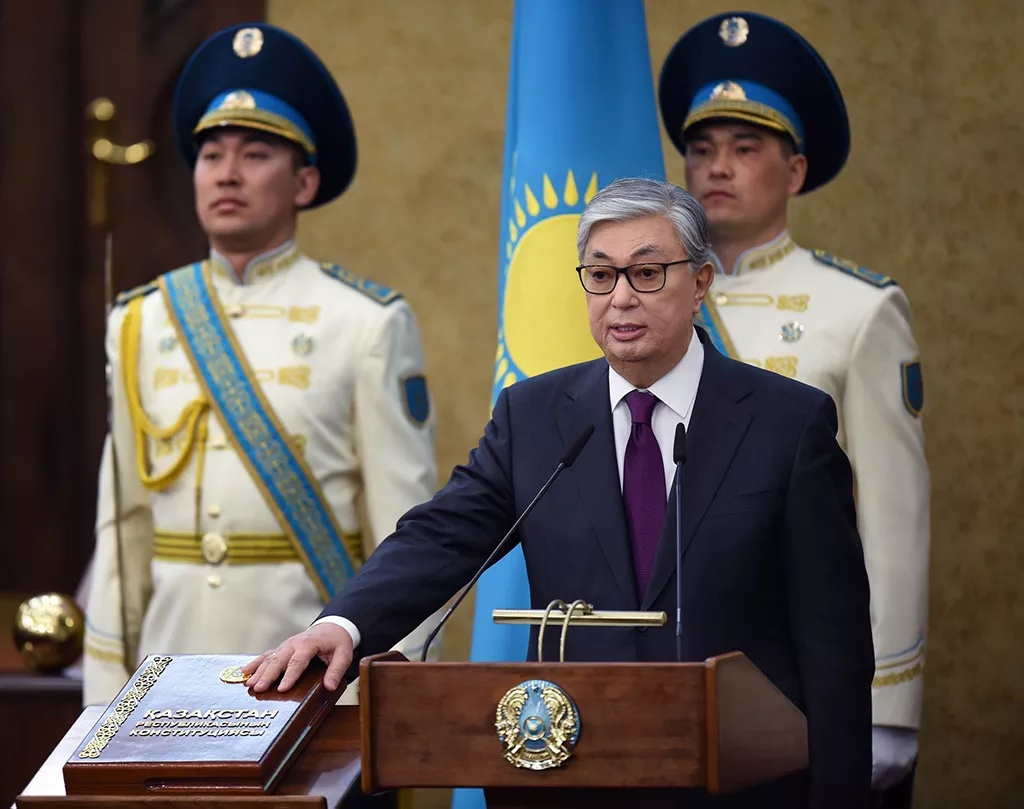 The inauguration came after Tokayev secured a resounding victory in the snap election on November 20, which saw him garner 81.31 percent of the vote. / Kazakh State Press Service

Kassym-Jomart Tokayev took the oath of office as the president of Central Asia’s largest country at the Independence Palace in Astana on Saturday.

“I do solemnly swear to faithfully serve the people of Kazakhstan, strictly follow the constitution and laws of Kazakhstan, guarantee the rights and freedoms of citizens, faithfully perform the high duties of the president of Kazakhstan assigned to me,” Tokayev said at the inauguration ceremony attended by Kazakhstan’s first president Nursultan Nazarbayev, and government officials and representatives of parliament, as he was sworn in for a new term.

The inauguration came after Tokayev secured a resounding victory in the snap election on November 20, which saw him garner 81.31 percent of the vote.

President Tokayev, at age 69, began his second term as president of the oil-rich nation with a pledge to step up a major transformation of Kazakhstan’s leading power institutions.

“Kazakhstan is entering a new era of its development. The large-scale reforms initiated by us have laid the foundation for fundamental changes. The constitutional reform has been carried out. All spheres of state life have been comprehensively updated,” Tokayev said in his inauguration speech.

Tokayev assumed the Kazakh presidency for the next seven years, but without the possibility of re-election, following the constitutional amendments he had overseen which limit his own rule to two terms.

“Thanks to these changes, the people’s confidence in a bright future is growing,” he added, recalling the reforms endorsed in the country.

Tokayev, who previously served as Kazakhstan’s foreign minister, prime minister and chairman of the senate, won his first election in 2019 with the backing of his predecessor, Nursultan Nazarbayev.

This year Nazarbayev gave up his remaining powers as the head of the Security Council and the leader of the ruling party during and after violent unrest in early January, while his allies also relinquished their positions.

Tokayev has since changed the name of the capital — renamed “Nur-Sultan” in Nazarbayev’s honour — back to Astana. His victory in the snap election on November 20 is supposed to consolidate Tokayev’s power as an independent leader.

In less than a year, Tokayev managed to cope with the worst anti-government demonstrations in his country’s history, neutralized his all-powerful predecessor and stood up to Russia’s President Vladimir Putin. 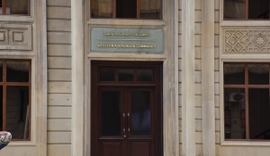 The Western Azerbaijan Community (WAC), an umbrella organization dedicated to protecting the righ...