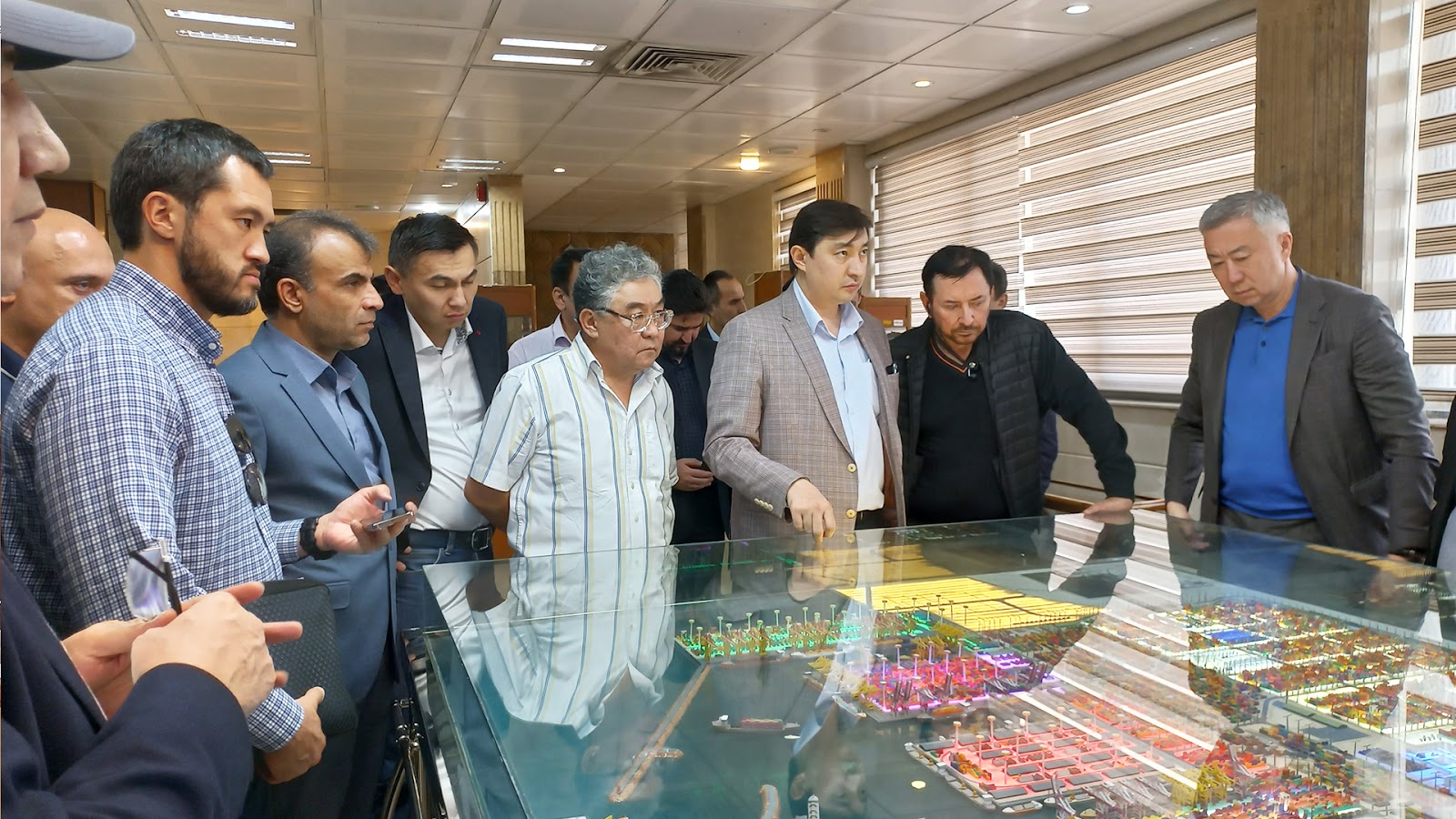 Tehran has expressed its readiness to allocate land in the Bandar Abbas port for the Kazakh terminal, which would facilitate the trade and transport of grain.

A Kazakh delegation led by Deputy Prime Minister and Minister of Trade and Integration Serik Zhumangarin visited the Bandar Abbas port and "expressed interest in creating their own transshipment facilities on the coast of the Persian Gulf," the Kazakh premier ministry’s office reported on November 3.

The Iranian side agreed to reserve land for the construction of an inland terminal in the port of Bandar Abbas. A working group will be created jointly with the administration of the port of Bandar Abbas and representatives of Kazakh businesses to study the possibilities of building silos to increase Kazakh grain transshipment volumes.

During the visit, the Kazakh deputy PM, Serik Zhumangarin signed an agreement with Iran’s Deputy Foreign Minister Mahdi Safari to increase grain exports. They also discussed the possibility of increasing the volume of trade between Kazakhstan and Iran to $3 billion and boosting bilateral agricultural trade to $1 billion.

"We are interested in increasing the volume of mutual trade in agro-industrial products with Iran up to $1 billion, as well as deliveries to the markets of Pakistan, India, Southeast Asia and East Africa, which are new to Kazakhstan," Zhumangarin said.

He said that “our proposal to Iran is not only about building a grain terminal, but also includes related structures and equipment, including wheat and flour warehouses, cold stores and equipment for storing meat,” and added that the private sector of Kazakhstan will pay for the implementation of this project, in case of reaching an agreement with Iran.

Iranian Transport and Urban Development Minister Rostam Qasemi said on October 31 that “Kazakhstan is going to cooperate with Iran in rail, road, sea and air transportation and cargo transfer through the North-South and East-West corridors".

In mid-June, the Kazakh and Iranian presidents attended a ceremony to launch a train service from Kazakhstan to Turkey via Iran. The Iran-Kazakhstan transit pact signed on May 23 requires cargo from China to Europe to switch to the Iranian route. Before this, Chinese cargo was transported to Europe via Russia by a land route north of the Caspian Sea.

The Caspian region’s largest and wealthiest economy may soon switch to local currencies for trade...

Central Asia’s largest country has tightened entrance regulations for those planning to stay in K...