EBRD to Invest Over $250M to Boost Azerbaijan's Economy

The European Bank for Reconstruction and Development (EBRD) may invest more than $250 million in Azerbaijan this year in a bid to help the country strengthen and diversify its economy.

EBRD, which was established 1991 to help stimulate the post-socialist economies in central and eastern Europe, is planning to channel the investment into Azerbaijan's renewable energy, infrastructure, telecommunications and agriculture sectors, EBRD’s President Suma Chakrabarti said during a virtual meeting with Azerbaijan’s President Ilham Aliyev on Tuesday.

‘‘This year, I think, we will again make massive investments in Azerbaijan, which would be correct in terms of responding to the crisis and reviving the economy,’’ Chakrabarti said according to the Azerbaijani President's official website.

An investment in the range of €100 million to €200 million will be allocated by the EBRD towards enhancing Azerbaijan’s power grid. In addition, the bank has pledged to push forward its urban sustainability program dubbed ‘‘Green Cities.’’ Launched in 2016, the program aims to address environmental issues in urban centers and improve the quality of life of residents.

‘‘Azerbaijan has become one of the first countries to join the Green Cities initiative. As for the waste management project, Ganja joined this framework initiative in March,’’ Chakrabarti said, referring to Azerbaijan’s second largest city.

The EBRD intends to partner with Aztelekom and launch a project to provide rural areas with broadband Internet with an investment of anywhere between €15-25 million, the bank's president explained, adding that the funds would be "significant for the recovery period after the crisis."

Chakrabarti noted that the EBRD would continue its efforts to improve the business climate and support small and medium-sized enterprises in Azerbaijan. The other activities proposed by the bank’s president include a pilot project that would introduce new technologies in the realm of agriculture, while the EBRD is planning to create and support an insurance structure in this area as well.

In addition, the bank is looking to support the privatization of Azerbaijani state-owned enterprises in the medium term.

A total of 168 projects have been launched by the EBRD across various economic sectors in Azerbaijan, including finance, logistics, oil and gas development, agribusiness and energy. To date, the bank has invested €3.3 billion (over $3.6 billion) in the Caspian country. EBRD’s current portfolio in Azerbaijan amounts to €1.3 billion or $1.4 billion, of which 77 percent or slightly more than €1 billion accounts for sustainable infrastructure.

Since 1994, oil-rich Azerbaijan has been attracting foreign investment, with its oil and gas sector seeing the most interest and activity. The country has developed sophisticated communication and transportation infrastructure, as well as industrial, agricultural, educational, housing and healthcare sectors, although the oil and gas industry still accounts for the bulk of its exports.

The total gross inflow of foreign direct investment (FDI) into Azerbaijan amounted to more than $133.7 billion between 1995 and 2018, according to the country’s statistics agency. 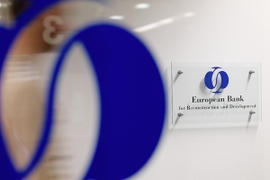 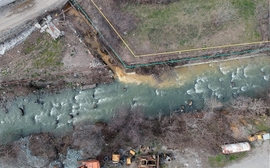 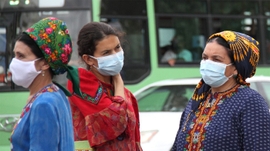 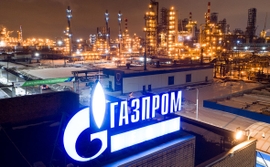