The celebration of Eid al-Adha is traditionally centered on slaughtering an animal that represents the animal Ibrahim sacrificed in place of his son, such as a goat, sheep, bull, cow, or camel / Courtesy

Millions of Muslims living in the Caspian region are celebrating Eid al-Adha – one of the holiest days on the Islamic calendar.

Eid al-Adha, known also as the Feast of Sacrifice, is centered on the story in the Quran about Allah testing the loyalty of the prophet Ibrahim by commanding him in a dream to sacrifice his only son, Ismail, as a sign of faith. Just as Ibrahim was about to sacrifice his son, Allah stopped him from doing so, and instead allowed him to make a sacrifice using a lamb instead.

In Azerbaijan, the holiday falls on July 20 and 21 in accordance with a fatva, or edict issued by the Caucasian Muslims Office, the main Islamic religious institution in the country. Although Azerbaijan is constitutionally secular, it is home to nearly 10.2 million people, of which 97 percent are Muslim. Traditionally, during Eid, mosques see more visitors than normal, who are there to pray, show loyalty to the faith, and seek blessings and forgiveness for their sins. Families and friends typically gather during the holiday and exchange gifts over lavish meals of traditional Azerbaijani and Middle Eastern foods.

However, mass gatherings are not permitted this year due to the ongoing Covid-19 pandemic. The Caucasian Muslims Office advised those celebrating Eid to abide by restrictions and health measures currently in place, including social distancing and wearing a mask during the holiday activities such as the ritual slaughter and group prayers.

The celebration of Eid al-Adha is traditionally centered on slaughtering an animal that represents the animal Ibrahim sacrificed in place of his son, such as a goat, sheep, bull, cow or camel. The meat from the sacrificed animal is traditionally divided into three parts and shared with family and relatives, neighbors, and the needy. In Azerbaijan, the meat is divided into seven portions and is sent to seven different houses, including the relatives, neighbors and needy known by the family.

Muslims in other Caspian littoral states such as Iran, Kazakhstan, Russia, and Turkmenistan also celebrate Eid al-Adha, however celebrations vary from one country to the next, depending on the citing of the new moon and cultural differences between the populations in each country.

In Kazakhstan, where 72 percent or nearly 13.5 million of the population practices Islam, the Feast of Sacrifice falls on July 20. Nearly 5.6 million Muslims in Turkmenistan, over 15 million in Russia – the Caspian region’s only Christian-majority country, are celebrating Eid on July 20, as well.

Iran marks Eid al-Adha with prayers called the Namaz Eid at local mosques and on open grounds. In keeping with the holiday’s tradition worldwide, cattle, camels, sheep and other livestock are slaughtered and the meat is distributed to family, friends and the poor. Portions are divided equally between the different groups. Eid is a national holiday in Iran and a time when people ask for forgiveness from others.

The Muslim pilgrimage of Hajj concludes with the Eid al-Adha celebration. This year, Muslims living outside Saudi Arabia are not permitted to travel to the kingdom for the pilgrimage due to the ongoing Covid-19 pandemic. 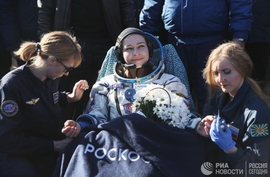 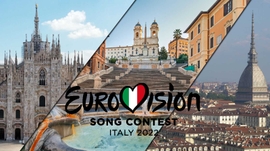