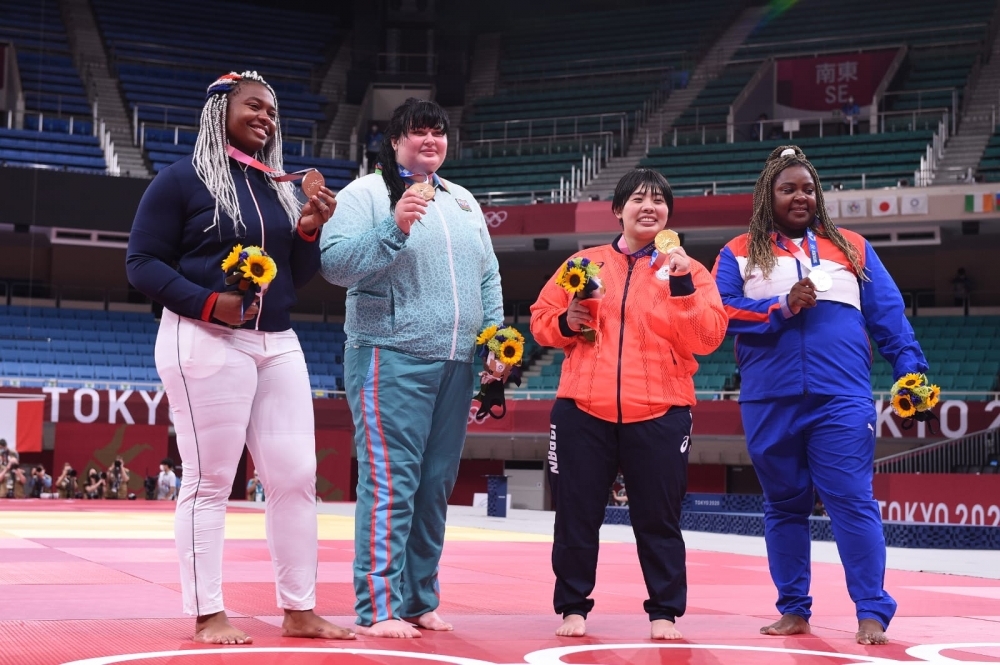 Irina Kindzerska (second from left) and the other medal winner judokas in the 78+ kg category at the Tokyo 2020 Olympics. / Azertag

Judo fighter Irina Kindzerska won the first medal for Azerbaijan at the Tokyo 2020 Olympics in Japan.

Kindzerska, an Azerbaijan women’s judo team member, outshone Xu Shian from China with an Ippon to claim the bronze medal in the 78+ kilograms category.

“Today, I was as prepared and tuned in to my fights as possible. I wanted to prove to everyone that there is women’s judo in Azerbaijan, you just need to work and work,” the 30-year-old judoka said after the game.

Meanwhile, Azerbaijan men’s boxing team athlete Alfonso Dominguez has made it through to the semi-finals in the 81 kg category. This means that he secured at least the bronze medal of the tournament. Dominguez will square off against Cuban boxer Arlen Lopez for a final ticket on August 1.

This year’s Olympic Games in Tokyo brought together more than 11,000 athletes from over 200 countries competing in 46 different sports and 339 events.

Since their first appearance at the Olympics in 1996, Azerbaijan's athletes have won 43 medals, including 7 gold, 11 silver, and 25 bronze medals.

The 2020 Summer Olympics is being held from July 23 to August 8 in Tokyo, Japan, with some preliminary events began on July 21. Initially scheduled to take place from July 24 to August 9, 2020, the event was postponed due to the COVID-19 pandemic, the first such instance in the history of the Olympic Games.

In this year’s edition, athletes and support staff are being tested every day. No fans are allowed to the venues under the decision sanctioned by the Japanese government. 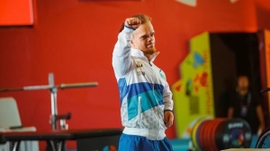