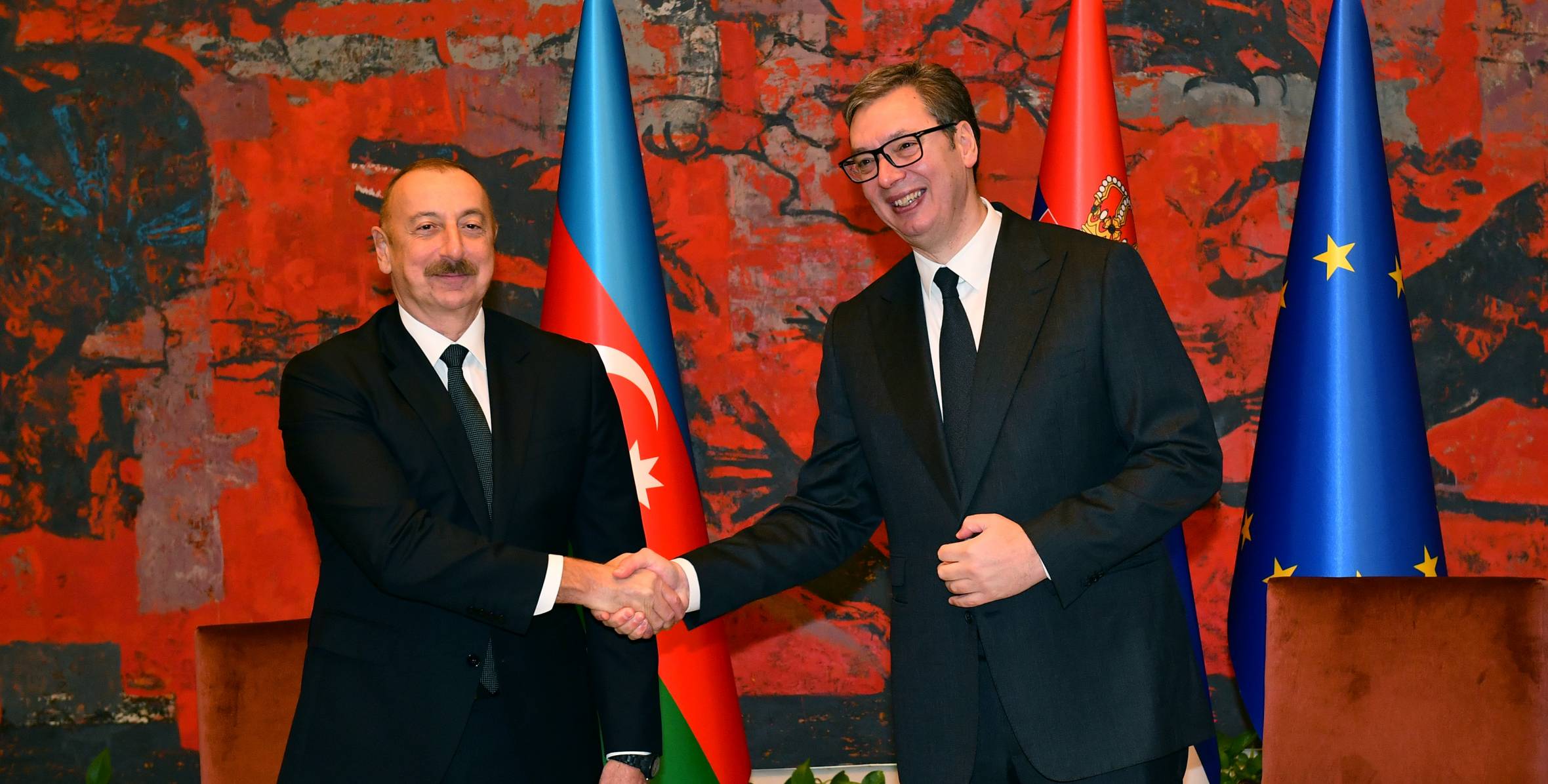 Hailing the interstate relations between Azerbaijan and Serbia, President Aliyev added that the two countries “always defend and support one another in the international arena.” / president.az

The package of documents included Memorandum on the Establishment of the Strategic Partnership Council.

“The documents signed between us constitute the legal basis of our bilateral relations, and among them, of course, the documents on strategic partnership hold special significance,” President Aliyev said at the press conference following the meeting with his Serbian counterpart Aleksandar Vučić on Wednesday. “We are strategic partners in the true sense of the word because we cooperate successfully in many areas, and our cooperation has strategic objectives.”

Hailing the interstate relations between Azerbaijan and Serbia, the president added that the two countries “always defend and support one another in the international arena.”

“Our countries' sovereignty and territorial integrity are supported on a reciprocal basis, and this position is unequivocal, unchanging and will remain so,” President Aliyev said.

Vučić, in turn, said that the signed agreements have raised relations between the two countries to a new level.

“Many more things are yet to come and that we will be able to do many more things in the interest and benefit of the people and citizens of Azerbaijan and Serbia,” the Serbian president said.

He described President Aliyev and Azerbaijan as “reliable partners not only to us but to everybody” and expressed gratitude to his Azerbaijani counterpart for energy supplies.

The Serbian president went further to say that the country is working on establishing the Serbia-Bulgaria Interconnector (IBS), a project which includes the construction of a 170-km-long pipeline which will connect the gas transmission networks of the two countries. With an annual capacity of about 1.8 billion cubic metres (bcm) of natural gas, the pipeline will run from Niš in Serbia via Dimitrovgrad to the Bulgarian capital Sofia, giving Serbia alternative sources of natural gas.

Serbia depends almost entirely on Russian gas, while its leading energy companies are under Russian majority ownership. The interconnector will enable Serbia to import gas via Bulgaria from the Southern Gas Corridor, bringing gas from Azerbaijan to southern Europe.

President Aliyev is convinced that the proven gas reserves of Azerbaijan allow the country to ramp up the flows to the overseas markets, in particular to Europe, which has been facing a scarcity of resources. According to official data, the proven gas reserves of Azerbaijan trapped beneath the Caspian Sea is 2.6 trillion cubic meters, of which more than one trillion is reserved at the largest Shah Deniz field. However, the figure is likely to grow due to new discoveries.

Since December 31, 2020, Azerbaijan has been supplying natural gas to Europe via the Trans Adriatic Pipeline (TAP), which forms the final segment of the Southern Gas Corridor. TAP starts at the Turkish-Greek border and runs along 773-kilometer onshore and 105-kilometer offshore routes through Greece and Albania towards its final destination in Italy.

Currently, the European market accounts for the largest share of daily gas exports from Azerbaijan. European consumers are supplied with about 27 million cubic meters of Azerbaijani gas per day. Starting in 2023, Azerbaijan is expected to supply 12 bcm of gas per year to the European Union. By 2027, the total volume of gas deliveries is forecast to reach 20 bcm annually. 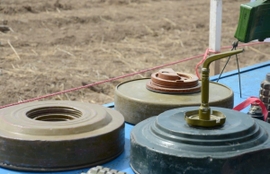