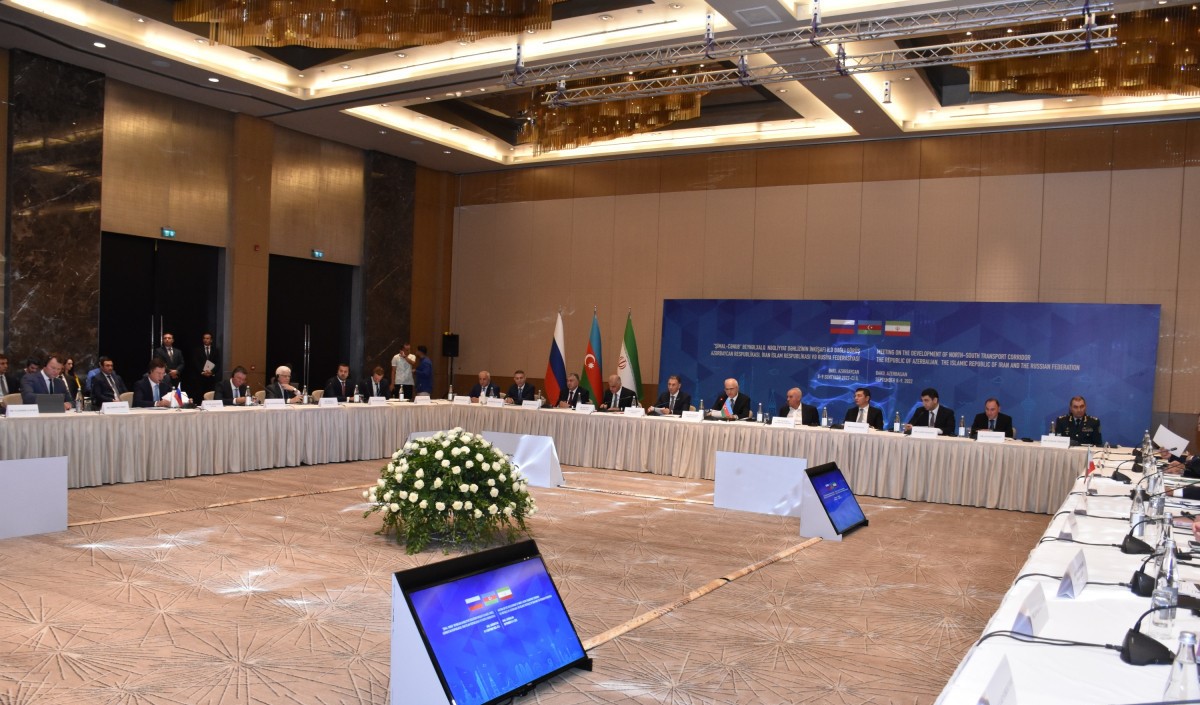 Azerbaijan, Russia, and Iran have signed a declaration following the first trilateral meeting on the development of the International North–South Transport Corridor (INSTC).

The sides stated their readiness to cooperate in the assessment and analysis of infrastructure and transport capabilities in order to use the full potential of the corridor and set a target of bringing the volume of cargo transit to 30 million tons by 2030.

They agreed to hold the first session of a joint working group within a month, which will deal with the simplification of transport and transit operations and procedures.

Moreover, the sides announced the intention to prepare a draft agreement on the Rasht-Astara railway project within a month and begin negotiations before late 2022.

According to Russian Deputy Prime Minister Alexander Novak the development of the corridor is a crucial part of trilateral cooperation between Russia, Azerbaijan, and Iran.

“Full-scale use of the North-South potential will have a positive impact on the level of trade, the cargo flow, and the economic activity of our countries,” Novak said.

“Among the primary objectives of joint activities as part of the working group, we propose to consider the construction of the Rasht-Astara railway section. This railway will ensure the growth of the cargo flow along the western corridor by up to 15 million tons,” he added.

Novak also pointed out that Russia has worked out a list of measures to create the necessary infrastructure for the implementation on its territory of the western route with a volume of up to 15 million tons.

“It’s important for Azerbaijan, Russia, and Iran to move forward in accordance with the instructions of their leaders, develop specific activities, as well as determine preliminary estimates of the necessary volumes to engage investment within the working group’s activity,” he said.

Russia and Iran also discussed the creation of a transport-logistic hub in Iran’s Bandar Abbas port zone during the meeting in Baku.

According to Russian high-ranking official, it is planned to discuss the development of logistic centers and services for the transshipment of Russian cargoes via the ports of Enzeli and Bandar Abbas, as well as the use of the Bandar Abbas terminal for transshipment of cargoes flowing to the Persian Gulf states and further on to South Asia.

Russia, India, and Iran signed in 2000 an intergovernmental agreement to create a multimodal transport corridor North-South, while later the number of participants increased to 14. The goal of the project is to attract the transit of cargo flows from India, Iran, and the Persian Gulf nations through Russian territory to Europe. As compared with the sea route via the Suez Canal, this route’s distance shrinks by more than half, which brings the term and cost of transportation down.

Currently, the project unites several various transport systems of separate countries. India has invested around $2.1 billion in the project, with part of the sum spent on the construction of the transport infrastructure in Iran.

During his visit to Tehran on July 19, Russian President Vladimir Putin said that he had discussed with his Iranian partners the North-South transport corridor that would link Russia to the Persian Gulf. He said Russia was ready to construct the 146-km-long Rasht-Astara section of the railway in Iranian territory, and that Azerbaijan was also interested in its construction. 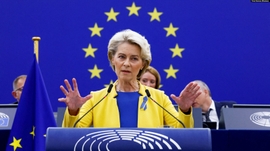 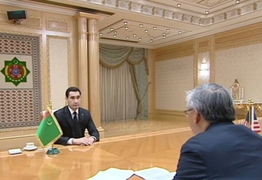 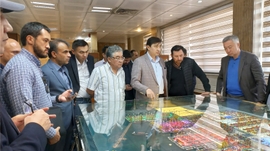 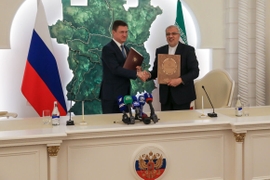